What is a Murphy Deed?

So, what exactly is a Murphy Deed? Starting in the late 1920’s and extending through the 1940’s, the State of Florida took possession of hundreds of thousands – if not millions – of acres of property all across the State that had been abandoned by private owners due to the Great Depression. Eventually, the State’s legislators decided that rather than allow the State to maintain ownership over all the acquired property, it would be better to allow private individuals to purchase – and pay taxes on – the State’s recently acquired property for pennies on the dollar. The mechanism by which the State elected to convey its acquired property to private buyers came to be known as a “Murphy Deed”, so named after the Murphy Act (Chapter 18296, Laws of Florida, 1937) which created the conveyance mechanism. These Murphy Deeds conveyed ownership of tracts of land, formerly owned by the State, to private purchasers in fee simple, subject to certain reservations. These reservations would eventually allow the State to construct necessary public improvements (i.e. roads, canals, etc.) over Murphy Deeded property as the State’s population grew, without having to pay the owner of the property the compensation otherwise mandated by the State Constitution.

How Does this Affect Lake County Property Owners and What Can Be Done?

Our research indicates that multiple parcels of real property along CR 466A between the Sumter/Lake County line and US 27, were likely once a part of several larger tracts of property owned by the State. Eventually, the State conveyed those large tracts of property to private purchasers via Murphy Deeds. The specific language of these Murphy Deeds held that the State reserved for itself a total of 200 feet of right of way lying equally on either side of the center line of any state road then in existence. In other words, the State wanted to make sure that it – or any governmental body which the State conveyed its interest to – could widen an existing roadway without having to compensate the owner of the surrounding property for which it had conveyed ownership over.

It is currently this firm’s position that many of the Murphy Deed reservations, on which Lake County has relied in coming to its above described position of non-compensation, are invalid. In short, this firm believes that during the early to mid-1940’s, when most of the Murphy Deeds to the subject matter properties were conveyed by the State, what is now CR 466A was not a state road. Why this is relevant is because the reservations in these early to mid-1940’s Murphy Deeds conditioned the reservation on what is now CR 466A being, at the time the Murphy Deed was conveyed, a state road. If CR 466A was not a state road at the time the Murphy Deed was conveyed, then no valid reservation to the State was created. If a court were to be persuaded as to the correctness of this firm’s above contentions, then Lake County would be obligated, under Florida law, to compensate the property owners for those portions of their property Lake County used to widen CR 466A.

If you believe you or someone you know may have been impacted by Lake County’s reliance on a Murphy Deed, please contact our offices at 407.228.9522 or email by clicking HERE. 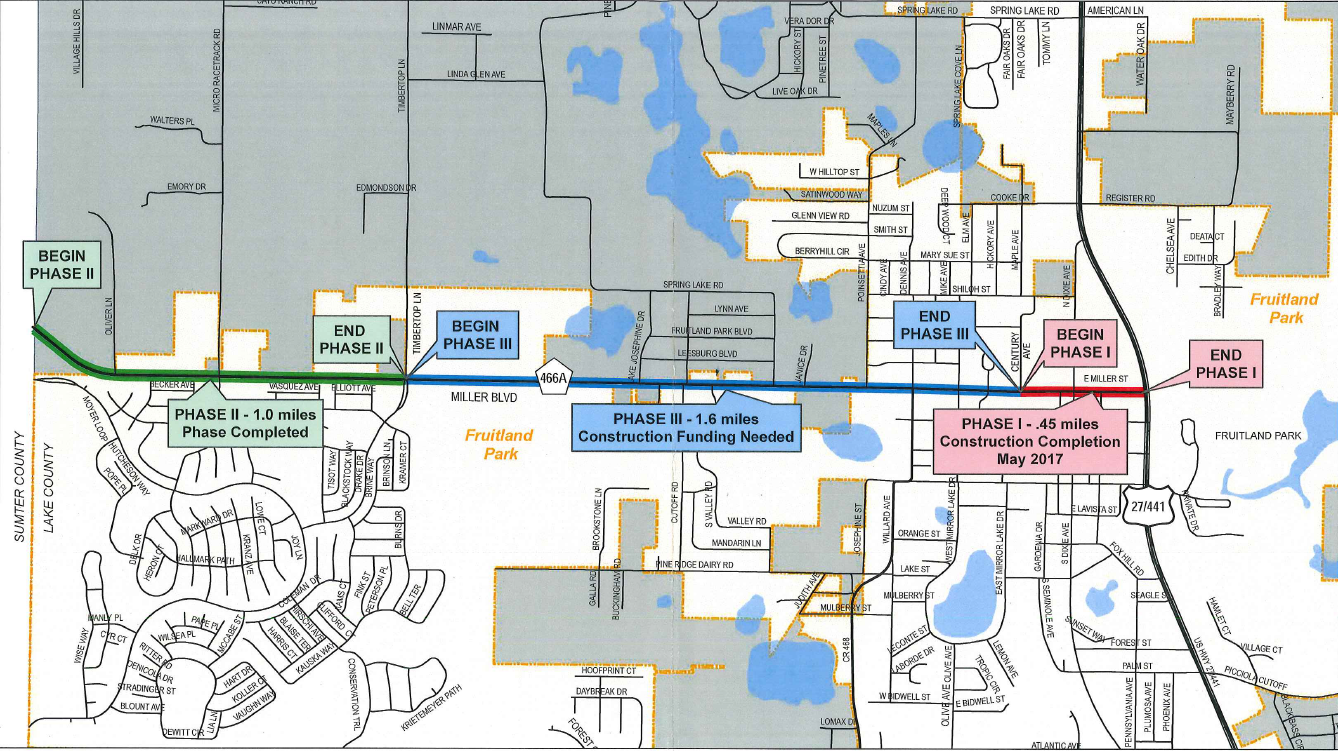